Winding Down the Tour… 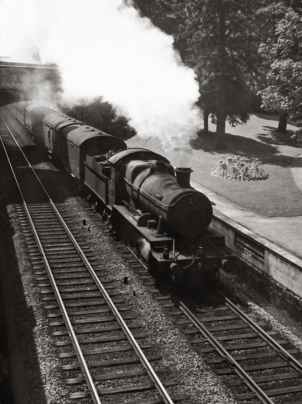 Photo by Suzy Hazelwood on Pexels.com

This is the last week of tour stops. It’s been an interesting ride. Today’s stop is an interview about self-publishing at Self-Publishing Showcase.

One of the things we did this weekend was set up the new TV we had to get to replace the one with the vertical drop-out in the center. My husband was so proud of his wall-mounting job and the shelves he hung over it for the DVDs and games. (I was going to take a picture and share it, but with that level of reflection, it will have to wait until the living room is cleaned up from the quarantine!) Still, watching that gorgeous picture gave me a game for today. It’s an oldie, but a goodie. Let’s play Cast the Chronicles.

It’s every writer’s dream to see their baby on the screen…whether in a movie version or TV series. Well, maybe not EVERY writer, but a whole lot of them. It’s not likely to happen for an obscure Steampunk series by an author with no name recognition but, hey, that’s where the dream part comes in.

I think, if I were casting The Marvelous Mechanical Man, I would want unknowns for Jo and Alistair because that brings no expectations created by former roles. Does that make sense?

We Roses think that Zach Galifianakis would be a good Herbert, though a bit older than envisioned in the book. He has all the other attributes of the character.

Fred should be a good foil for Jo, so similar in age and a bit taller.

Phaeton would be CGI, probably, as he is supposed to be nine feet tall–a detail admittedly lost quite often in the narrative… So, here, it is only the voice that is important. To me, he always sounds grave and a bit ponderous in my head. Though I know someone with the most beautiful voice. I wonder if David Michael Bennett would be interested in some voice acting?

Ma. Okay, let’s go pie-in-the-sky here, partially fueled by the fact that I am re-watching all of American Horror Story from the beginning. Kathy Bates would be awesome. Motherly and warm.

Vanessa and Aunt Emily. Any thoughts?

I’ve always seen Leonora as Jane Seymour, but she doesn’t come in until Book Two.

So, a mix of unknowns and wishes. Anybody want to play with me? Who do you think would be good cast members if it came down to it?

Rie Sheridan Rose multitasks. A lot. Her short stories appear in numerous anthologies, including Nightmare Stalkers and Dream Walkers Vols. 1 and 2,  and Killing It Softly. She has authored twelve novels, six poetry chapbooks, and lyrics for dozens of songs. She tweets as @RieSheridanRose.
View all posts by RieSheridanRose →
This entry was posted in General Post, Virtual Book Tour and tagged blogging, cast list, David Michael Bennett, Self-Publishing Showcase, speculating, The Conn-Mann Chronicles, The Marvelous Mechanical Man. Bookmark the permalink.